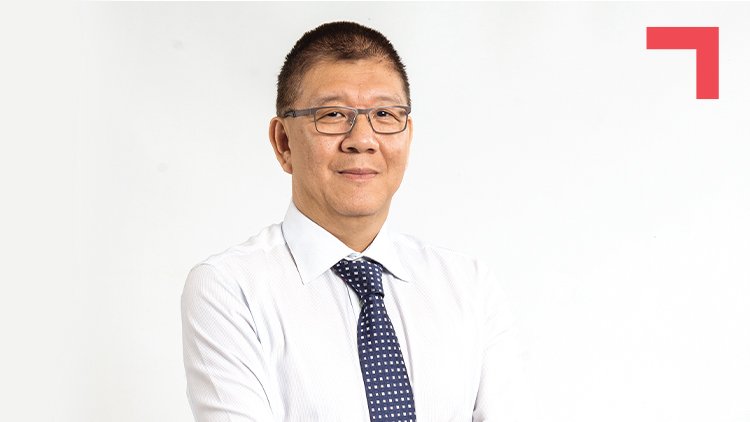 In only five years, Myros televisions have become a household name for Mauritians. To honour the startling success of the brand, we “touched base” with the Managing Director of Linxia, Alain Ah-Sue, to discuss the brand’s story so far, and its future.

Congratulations on five years of continued success with Myros! Could you give us a little bit of background about the beginnings of Linxia and its unique selling proposition?

Harel Mallac created Linxia as a full-fledged distribution company in 2011, after successfully starting its distribution business in mobile phones and consumer electronics.

Three factors were identified as key to us in this endeavour: First, to understand the market dynamics and above all, what the end-customers were looking for. Second: that Linxia had its own service centre, with qualified and certified engineers and technicians. Third: we strongly believed that giving our customers peace of mind and a unique customer-experience was key to the company’s success. Of course, we also chose to become the authorised distributor of world-class brands such as Acer, DELL, Lenovo, D-Link, Xiaomi, Gree, and Candy. That sounds great! So, how did Myros come into play?

Myros is part of our long-term strategy for Linxia. Our understanding and experience of the distribution and retail landscape made the writing on the wall clear: we needed to have another brand with new products. Hence ‘Myros’ was launched, and we started with a completely new range of products with televisions as our flagship offering. I think it is safe to say that, five years down the line, the decision to launch the Myros brand paid off.

Five years of success is nothing to scoff at, but let’s take a step back. When did you launch your first product and what was it?

From there, how have things changed for Myros?

Quite significantly! Although Myros TVs are what we are mostly known for our, our range includes products and accessories from USB and pen drives to smart bracelets and monitors. What’s more, in a few weeks, we will launch our first Myros smartphone.

Two market surveys carried out in 2018 revealed that Myros was one of the top-of-mind television brands for Mauritians: this translated into 40% of the market share (in 2018), and, based on a survey from one of the local media outlets, Myros ranked third in terms of the television brands Mauritians wanted to purchase for the 2018 FIFA World Cup. All that in only five years … What is the next step? Leaving the Mauritian shores?

Of course. In fact, since December 2018, we have successfully launched Myros TVs in Madagascar, and we are happy to say that it’s going well and that the brand has been well accepted. With the introduction of new Myros products, we foresee that the brand will be able to grow its market share in Madagascar. We now have our sights set to launch Myros in other territories and markets on the African continent.

If you had to describe Myros in a few words, what would they be?

To conclude, what would you say were the key ingredients to Myros’ success?

I would like to answer this by quoting Colin Powell: ‘There are no secrets to success, it is the result of preparation, hard work and learning from failure.’