Why is the Code of Ethics so important? 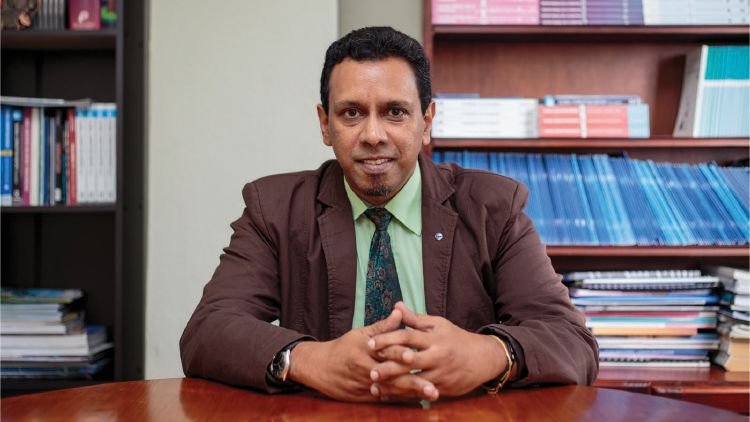 A year after the pledge to “Make a Difference for the Better”, Harel Mallac launched its revised Code of Ethics on 20 November 2017. The new code illustrates the “Harel Mallac way of doing business”, i.e. with Agility, Care and Trust (ACT). Over and above rules and regulations, Harel Mallac is built on strong values and a deep sense of responsibility. Rajen Bablee, Executive Director of Transparency Mauritius, with whom Harel Mallac collaborated on this revised version, comments on the importance of a Code of Ethics.

Belonging to Harel Mallac entails more than strict by-the-book compliance with our national laws and regulations. The group doesn’t expect the employees to only follow rules and regulations, but rather to live under the shared values that guide the group to “Make a Difference for the Better.” Rajen Bablee emphasises that “a code of ethics defines the values and moral culture of an organisation: it’s about honesty, integrity, trust, accountability, fairness, equal opportunity and respect; those attributes which rule what is right and what is wrong. It is not about procedures or technical rules.”

“A code of ethics defines the values and moral culture of the organisation: it’s about honesty, integrity, trust, accountability, fairness, equal opportunity and respect.”

Furthermore, the Executive Director of Transparency Mauritius adds that a code of ethics is not only for employees: “It relates to the world, that is, all its stakeholders. It is like a window which shows the moral attitude of an organisation. Today, businesses are considered as corporate citizens.” He believes that this moral attitude and the commitment to be and do good must be instilled into employees, but also into the board, the shareholders and the stakeholders.

Harel Mallac’s new code of ethics insists on those shared values: it promotes an open dialogue that comes hand in hand with confidentiality, commercial ethics to avoid any conflict of interests while value, trust and respect is provided and expected in return.

As a responsible corporate citizen, the group cares for the community and the environment and demonstrates it strongly in  the way it carries on its activities.

“An accessible, coherent, clear and simple code of ethics is a perfect guide to establish an ethical culture within an organisation.”

According to Rajen Bablee, “an accessible, coherent, clear and simple code of ethics is a perfect guide to establish an ethical culture within an organisation. It should not be only a set of words displayed on a poster, which no one notices. It is a living document! That is, it should be accompanied by constant sensitisation exercises and the board as well as senior management should display that culture of moral values.”

The Group Ethics Officer may be contacted by email on ethics@harelmallac.com