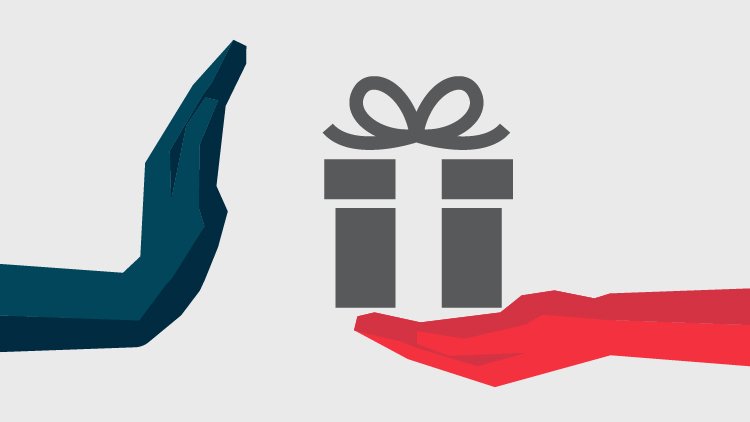 Every year, for decades now, December comes with a tradition of gifts distributed by companies to their stakeholders, commonly known as “corporate gifts”. Harel Mallac decided to tweak this tradition with the recent public communiqué about its Gift Policy.

It all started in November 2017, when Harel Mallac’s Code of Ethics was published, featuring the group’s stand on corporate gifts. As the Code was mostly aspirational, it was important to use a plain language to make the information clear and accessible to both the group’s employees and stakeholders ; hence the decision to create and share the group’s Gift Policy.

“Our gift policy formalises the group’s stand on corporate gifts and makes it public”, announces right away Sophie Desvaux de Marigny, Harel Mallac’s Group Head of Communications & CSR. She further explains that management took this step for two main reasons: firstly, because the group operates in trade and deals with customers, suppliers and other numerous and diverse business partners, and secondly, because corporate gifts have become a tradition in Mauritius, and “bad habits are hard to break”. If we do not take the time to explain the “why” of our initiative, our business partners may feel offended and confused for not receiving gifts or if the ones they offer us are sent back. This is the reason why we chose to share our policy with top representatives of our business partners, trusting that they will relay the message to their teams.’

“If we do not take the time to explain the “why” of our initiative, our business partners may feel offended and confused.”

What is the standard in Mauritius?

Does Transparency Mauritius promote any precise end of year gift policy? At the level of Transparency International, which is the benchmarking for the local office, there is an understanding that there is no one-fits-all policy but, whatever the business model; there should be clear guidelines for every organisation. As clearly explained by Rajen Bablee, Executive Director of Transparency Mauritius, ‘The Gift Policy should be clear about what is meant by gifts, hospitality and other expenses which should apply equally for all stakeholders of an organisation, starting from the Board of directors to all employees, irrelevant of their position in the hierarchy. This policy should be explained to each and every stakeholder with clear examples. A sine qua none is that those guidelines should forbid any giving or receipt of gifts, hospitality or other expenses that could influence, or be perceived to be capable of influencing a business decision. It has been seen that, sometimes, there are double standards in the sense that some organisations forbid their employees to accept gifts but, on the other hand, they offer some to their own stakeholders.’

The Gift Policy within Harel Mallac’s Code of Ethics states: ‘We avoid any pampering from or towards third parties, which could be interpreted as going beyond the customary conduct of a business relationship. We do not accept/solicit/propose gifts, entertainment or benefits on a personal basis. Ordinary gifts (promotional or with a token value) are acceptable and should be reported in the gift registry. We maintain relationships with suppliers and customers at modest and public levels.’

The sharing of Harel Mallac’s gift policy met with positive response from the group’s business partners. ‘Various business units received messages of encouragement from their contacts. Some were congratulated on taking a stand on the matter,’ shares Sophie Desvaux de Marigny. As management believed it was also important to sensitise the staff, the policy was shared in the form of a module in the group’s e-learning platform and was linked to November, which constitutes the Month of Trust and Responsibility at Harel Mallac. ‘It is compulsory for all staff to complete the module. So far, the main response received is the need for clarifications about where to draw the line with regard to gifts received or given, which is understandable as this is a whole new concept.’

Where to draw the line?

This raises an important question, indeed: When can a gift be considered as corruption? Rajen Bablee explains that ‘the laws of Mauritius do not provide for any mention about a gift policy. A gift is, however, captured under the definition of gratification as the word is explained in the Prevention of Corruption Act. A “gratification” there would mean, among other things, “a gift, reward, discount, premium or other advantages, other than lawful remuneration”. It is clear that a public official should not accept a gift from his/her stakeholders, even more so if the public official has been interacting with the donor in his/her official capacity. Then, for the private sector, as well, there should be a strict ban on giving gifts, hospitality or other advantages to a public official.’

“Companies are increasingly adopting gift policies, as they are conscious that giving or accepting gifts may be a form of corruption.”

In the years to come, more companies are expected to follow suit. As the Executive Director of Transparency Mauritius points out, “the business world is moving towards a zero gift policy nowadays. Known for its tolerant approach in many quarters, Mauritius is at the crossroads between the western and oriental cultures. We often hear that it is western on the outside and eastern on the inside. Companies are increasingly adopting gift policies, as they are conscious that giving or accepting gifts may be a form of corruption, more so when the action may influence a policy or business decision. One grey area remains the funding of political parties without an acknowledgement on how the money has been used or misused.

Another issue relates to the follow-up for a gift policy: has the organisation set up a protocol to check if the policy is working? Has a risk assessment been conducted? Are the board members or employees receiving gifts outside the office?”

More than a standardised gift policy for companies in Mauritius, Rajen Bablee advocates for a zero-gift policy. ‘We should strive in that direction. However, depending on the culture prevailing within a society or within an organisation, this might not yet be easy to implement.’ He does, however, recommend that, in the meantime, policies should set up a limit, in terms of value, for the acceptance of a gift. “The value must be clearly defined and all gifts received should be reported and recorded in a gift register. The register should contain the date, the identities of the donor and the recipient, a description of the gift and its approximate value as well as the context in which it was given. This register should be closely monitored by the internal auditor or any other in-house control mechanism.” That would definitely be a start until the zero-gift policy becomes a reality in all companies across the country.